I have posted 1,386 answers on Stack Overflow. That’s quite a lot.
A few of my answers are popular – they pop up on Google as top results. Some of these get voted every day. Even when I am not active on Stack Overflow, I still get a few dozens reputation points almost daily. Lucky me!
Recently I got an idea – are people more likely to vote if they like the user icon? Can changing my icon get me more votes each day?
Currently I have over 93K reputation points – would I have gotten to 100,000 already had I a different icon all of these years?
I checked.

I picked my 30 most popular answers and tracked the votes they were getting each hour. I also tracked how many views and votes their questions were getting.
Each week on Sunday I changed my user icon. Here are the icons I used: 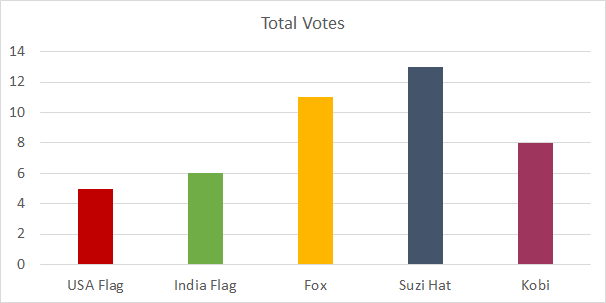 Both flags performed poorly, while the Fox and Suzi Wearing a Hat did best.
It also makes sense to look at how many views we got each day: 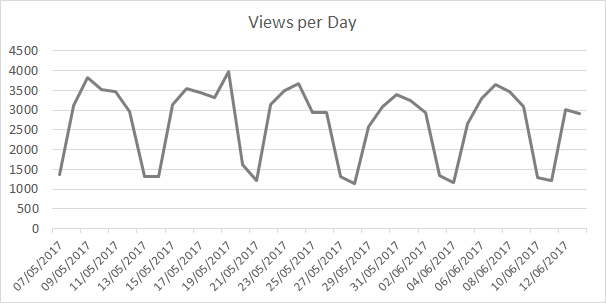 The number of views is similar each week. Still, relative to the total number of views, it looks like Fox performed a little better than Suzi Wearing a Hat. This trend also appears on a daily breakdown:

I picked the flags of the USA and India mainly because of the time difference between them – there is almost no intersection of the working hours between India and the USA. I wanted to see if the icon affects the times I was getting votes. That didn’t work: 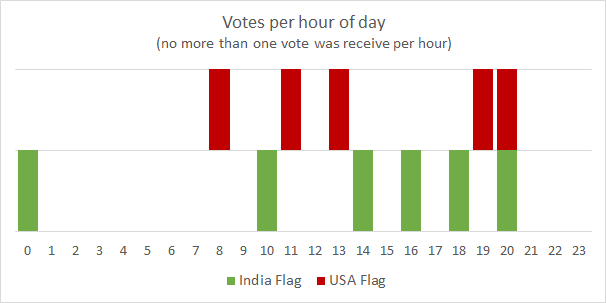 The question voting statistics weren’t constant either. This reflects poorly on the previous results – it is possible it is all random.

Is this a thing? Time for Round II!

I took the Fox and the USA flag to a second round, to see how they did: 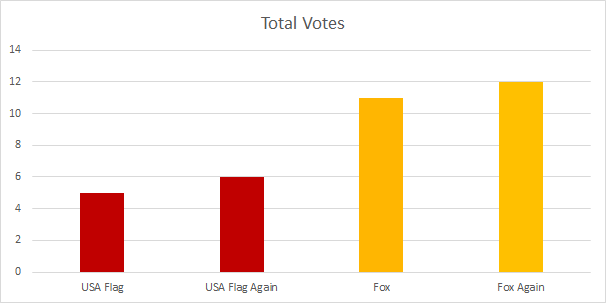 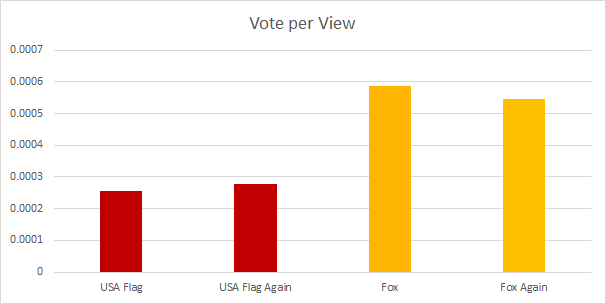 Even after a month the fox and flag had consistent results!

I think it worked! Changing the icon seems to affect how many votes I’m getting.
Thanks! 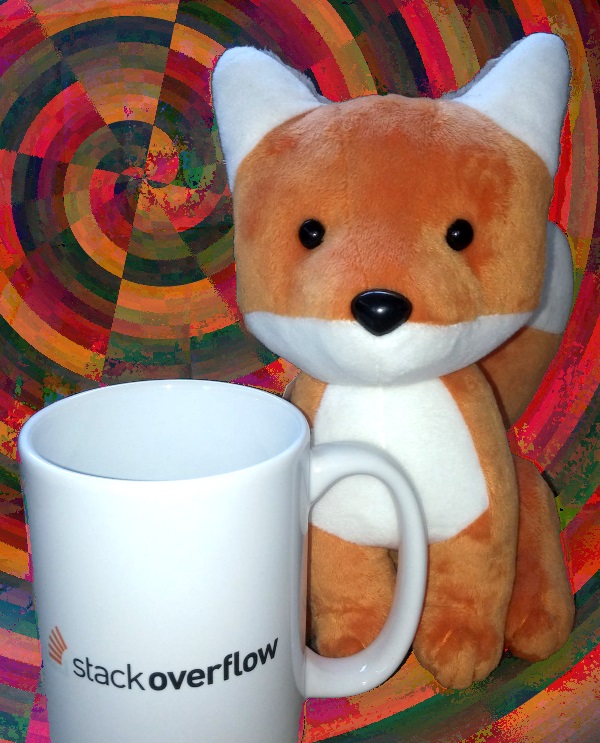 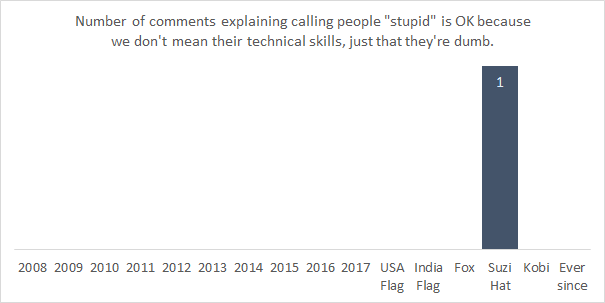 A recent Stack Overflow question asked if you could (not should) use regular expressions to find acronyms, specifically of the form “Original Poster (OP)” – words followed by the acronym in parentheses.

Well, my first try was this:

Seems simple – the first line captures the words and pushes each first letter to the stack. The second line pops and matches it, and the last line makes sure there aren’t any extra letters. Seems nice, but wrong. The first letter on the stack in this case comes from the last word, so it matches a reversed acronym – “Oops, Wrong (WO)”.

What I had to do is to reverse the stack. I came up with this regex:

Now, I’m not sure that’s the best way, but it works nicely. The second line is the only thing interesting – I won’t explain it too much, because nobody is reading it. Basically, I match every letter on the stack, and push it to a second stack. I match a dot for each letter because the engine has trouble matching a zero-width expression multiple times (though it works with {5}, for example, but not + or {1,5} – it only tries one). I can match backwards because I know I had at least that many letters, and can look forward because I’m optimistic – I expect to match these letters later, so if they aren’t there, I might as well fail now.

Source code and test cases can be found on GitHub: https://github.com/kobi/RecreationalRegex